Interview with Will Collum

I can absolutely see the humor. Now that I look at it again, it makes me smile as well. Looking at the question, I am re-thinking it, and would like to ask this instead; has meditation allowed you to root out any prevailing blocks, whether emotional, mental or physical? I have witnessed energy moving in my body in various places over the years and dealing with energy that had been held there. Often it will be clear to me when the block is resolved what past experience it dealt with.

I can describe some things that I believe meditation has facilitated although I don't quite know whether to call them blocks: During my only retreat to date- a couple years ago, a seven day- tension on my middle back muscles was revealed via pain. I've work since then to relax those muscles during meditation. As well, I can now feel the tension collect there at times during the day and I can get them to relax now as in meditation.

My emotional awareness seems much better than before meditation and my emotions flow better now. They come and go, almost like breathing, and don't linger unnecessarily. For me this amounts to a more dynamic life where feelings arise and dissipate and life goes on. Meditation has given me the awareness that lets me actually know my emotional state, thus enabling me to let them go. My suffering is less intense and shorter in duration.

Interestingly to me, both of these things involve "letting go", not applying yet more effort. I believe "letting go" to be a key point in the Buddhist way of life. I say that fully aware that it's likely stating the obvious to the initiated, but for the non-initiated, say, for a Christian reader like I was years ago, it may very well be a completely new way of living.

I am really appreciating what you have said here about both "letting go" and "awareness of feelings". Meditation has offered me a similar ongoing insight and awareness into feelings and emotions. I remember reading somewhere about making suffering useful. I believe it was astrologer Dane Rudhyar and he may have been quoting someone else.

His point was that suffering with awareness is beautiful and healing, whereas suffering without learning from it just perpetuates the suffering. To allow the experience to take place rather than be compulsively triggered into applying effort as if there is something to solve, which only extends the entanglement. It is such a beautiful thing to be at peace with what is. Thank you so much for your words. 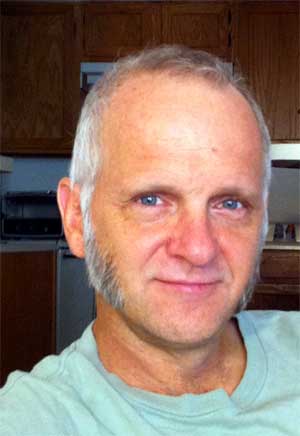 Born in Columbia, SC, 1958, I finished my BS in Electrical Engineering in 1980. I began the relationship with the mother of my children in that last year of school, continuing until our divorce just this July, less than a month ago. I, and eventually we, moved around a bit with my jobs until 1996, including Colorado Springs and 5 years in Dhahran, Saudi Arabia. We came back to Columbia to have our three kids- Hannah, 21; Josie, 14; and Sam, 11- closer to the grandparents. My Zen practice started in early 2007 during an in-house separation that eventually became a divorce. Hobbies over the years included making and selling Calder-style mobiles, playing lead guitar and singing in rock bands, and various sports- basketball, tennis, rock climbing and karate. Getting my black belt 2005 was a long held dream fulfilled- an old dragon slain.

Check out the original copper pyramid
for enhancing Meditation Practices.